Back to Product Listing

This Land is My Land: A Graphic History of Big Dreams, Micronations, and Other Self-Made States 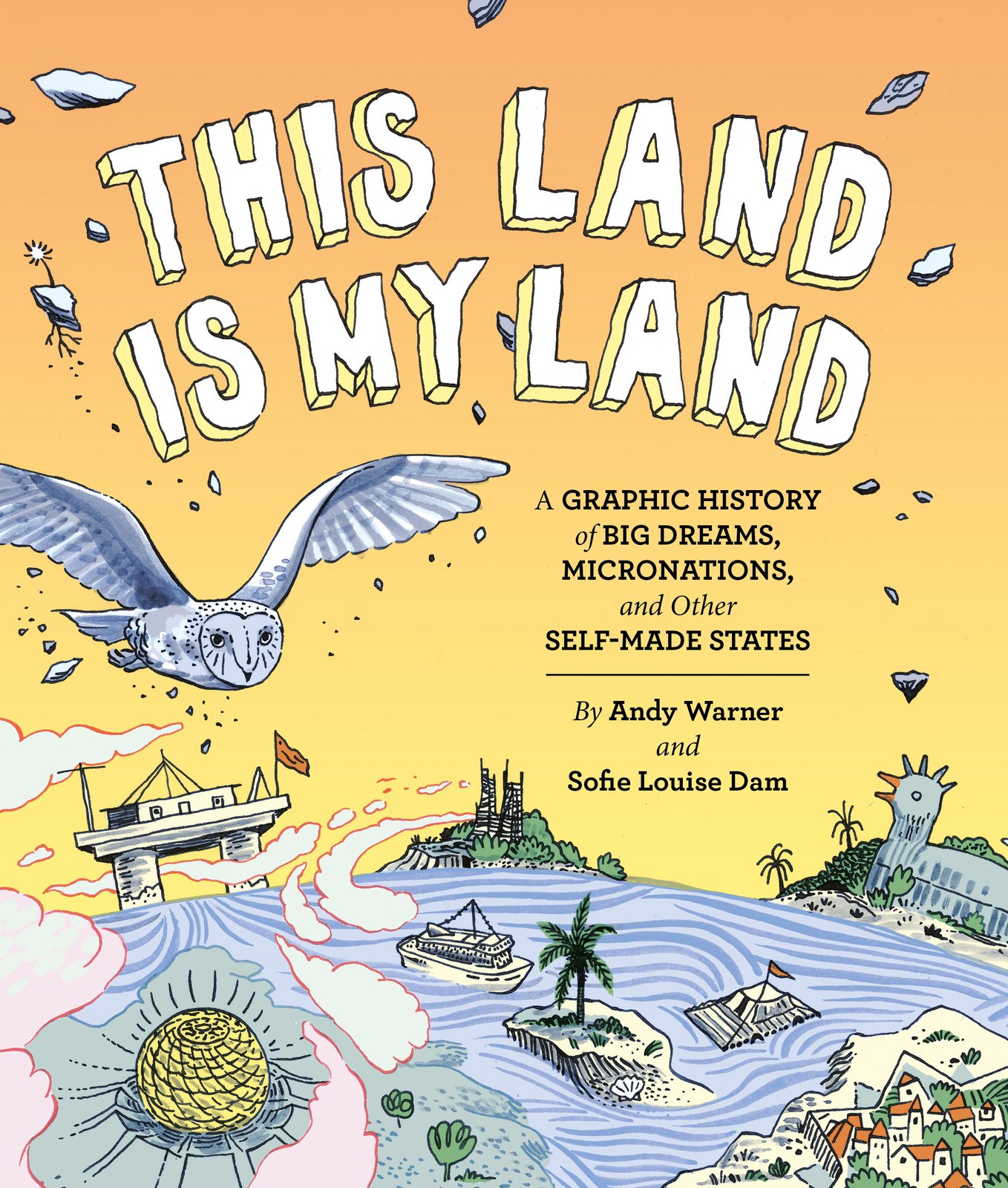 "Bubbling with madcap energy, This Land slaps the eye with sunshine colors and seduces with doodly lines. The authors seem positively high on the wackiness of the various communities they chronicle - or, more precisely, on the oddball aspects of human nature such places highlight...Warner and Dam have infused these often-absurd stories with joy and a measure of dignity."
-NPR

"What Warner and Dam layout in This Land Is My Land is a rich, amusing, and pretty thorough survey of people who take the idea of carving out a niche for themselves much further than the majority of us ever go. In some cases motivational, in others preventative, it's a good example of what history comics can do..."
-The Beat

"In 2015, a young Czech man read on Wikipedia about a disputed bit of land between Serbia and Croatia that neither country wanted. His decision to claim it and call it Liberland, a home for libertarians the world over, didn't go over well with the Croatian government, which has since arrested him. That is only one of 30 fascinating tales of intentional communities, radical ideas, and utopian visions, all gathered in one place and shared in a funny, enlightening graphic format. Organized by category, each short encapsulation highlights a different community's founders and their visions, the ideals upon which it was based, and how it all fell apart or changed over time. Each story is humorous, sobering, and thought provoking, as the advantages and pitfalls of these kinds of communities are laid bare. The colorful format, with speech bubbles and concise, descriptive paragraphs, will keep students engaged, and there's just enough information to encourage further independent research. VERDICT A fun, intriguing book that is sure to please a variety of readers."
- School Library Journal

"Colorful fauvist drawings and maps from artist Dam (contributor, The Nib) bring these would-be 'better tomorrows' to life with grace and verve. . . . Warner's choices challenge readers in productive and entertaining ways, prompting questions such as: What are the commonalities among the 30? How would you design your own 'self-made state'? How might modern cohousing situations relate to these marginal efforts? . . . Less a complete chronicle and more a tantalizing Rorschach test for speculation and research, this thoughtful collection about visionary living makes fine fodder for adults and teens via book clubs, classrooms, and late-night debates among friends." — Martha Cornog, Library Journal Xpress